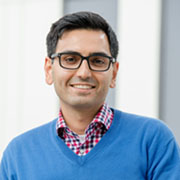 Dr. Karim Fereidooni is Junior Professor of Social Science Education at the Ruhr-University in Bochum. From 2010 to 2016, he worked at the St. Ursula Grammar School in Dorsten, teaching German, Politics/Economics and Social Science. Furthermore, he was lecturer at the University of Applied Sciences and Arts in Stendal, the University of Cologne and the Ruhr-University in Bochum. He did his PhD about “Experiences of Discrimination and Racism of Teachers with a Migratory Background (Diskriminierungs- und Rassismuserfahrungen von Lehrer_innen mit Migrationshintergrund)” at the Ruprecht-Karls-University of Heidelberg in 2016. Before his work as a teacher and his PhD, he studied German and Political Science for teacher training as well as European Studies and German as a Foreign Language from 2003 to 2009 at the University of Trier and the Mid Sweden University Sundsvall. Focal points of his research are critics of racism within educational institutions, political education in societies affected by migration, research in school and education, migration and bullying.