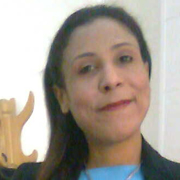 Taghrid Elhanafy is a MAIAS graduate student at the University of Bayreuth. Her research interests include Arabic migration literature/Mahjar literature and intertextualities of the literary Arabic texts that have found their way into the European literary sphere. Elhanafy is also working on the Arab and Iranian philosophers' and scientists' contribution to the European philosophy and science.